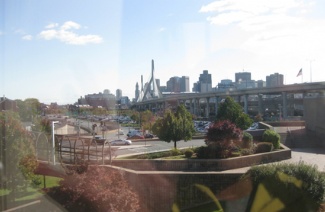 Among the many proposals put to the WA State Parliament in the late 1920s was a request for a post-primary school "South of the River" - but a lack of funds, this time blamed on a most serious Depression, had cut capital spending.  It was a period in which teachers' salaries were severely diminished and the Teachers' Training College was closed in order to afford grants for unemployment relief (the distribution of blankets, clothes and rabbit stew).

In 1932, the Director of Education, Mr. Wallace Clubb, ordered a survey, which showed that 410 post-primary pupils residing in Victoria Park and nearby South Perth were required to travel to Perth to receive their schooling.  On June 22, a deputation of spokespersons representing local groups met the Minister for Education, the Hon. T.AL. Davy, to ask for a post -primary school in Victoria Park.  This meeting resulted in an immediate negotiation for the release of a 15-acre site.

Six years later, in 1938, when resumption of a site of 15 acres was almost completed, opposition from the City Council resulted in the chosen site being reduced to 10 acres.

Approval for the building of a south suburban central school at a cost of 15,000 pounds was given on February 3, 1939.  Plans show that the school comprised a single-storey brick building of eight classrooms, administrative area and toilets.  Furthermore, while the work was in progress, approval was received in November of the same year, for an additional construction of domestic science and manual training centres at a cost of 3,550 pounds; caretaker quarters, 600 pounds; and installation of school equipment. and furniture, 746 pounds.

Kent Street Central School, the ninth metropolitan public secondary institution, began in February 1940, on the completion of the eight classrooms, with 354 pupils.  The Domestic Science and manual training centres were completed on March 20, and the caretaker quarters were finished a week later.

Kent Street reached a milestone on its first intake of Fourth Year (Year Eleven) scholars in 1952. At once arrangements were put made the purchase of five prefabricated Bristol units of two classrooms each.  These buildings, referred to as ''silver city" because of the aluminium framework, were put on site and made ready for use for the sum of 19,700 pounds.

Headmaster Eric McGrath, after 14 years at Kent Street High School was at the helm during one of the school's roughest passages - through years of unbridled growth; frenetic building activities (amid some 27 temporary structures), and through profound changes in secondary education.

Kent Street High recorded an enrolment of 1,733 in 1957.  The task of accommodating all those bodies fell to Headmaster George Lambert.

The 1970s added a library resource centre, a pool, changerooms, a pre-vocational centre, a further eight-room facility building and a hall/gymnasium with a seating capacity of 1,000.  The hall was named after Headmaster Eric McGrath who had, in 1943, so earnestly pleaded for its existence.

Green, for the useful forties.

Red, for the vibrant fifties.

Gold, for the golden sixties.

Blue, for the royal seventies.

The "old pupils" were issued with ribbons indicative of the era of participation.

The 1980s began with the phasing out of Bentley Senior High School Students north of Manning Road who had previously attended Bentley or Millen Primary Schools were redirected to Kent Street SHS in 1982.  Other students living in the former Bentley SHS catchment area were redirected either to Cannington, Como, or Kent Street Senior High Schools according to newly-drawn school boundary lines.  Transportable classrooms once again cluttered up the school grounds in a bid to overcome immediate accommodation requirements.  Some of these were fitted out for use by commerce classes.

A Home Economics upgrade, a new Commerce Centre and a Medical Centre conversion followed soon after. 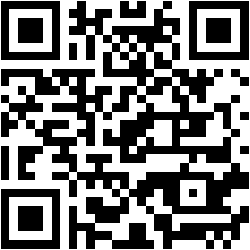